A delightful rolled paper tea caddy from the late eighteenth century that was in a bit of a sorry state.

Many of the paper rolls were water-damaged or missing altogether.  These were consolidated and replaced but, although the paper would have been part gilded and more brightly coloured originally, it was agreed to carry out a largely conservation approach. 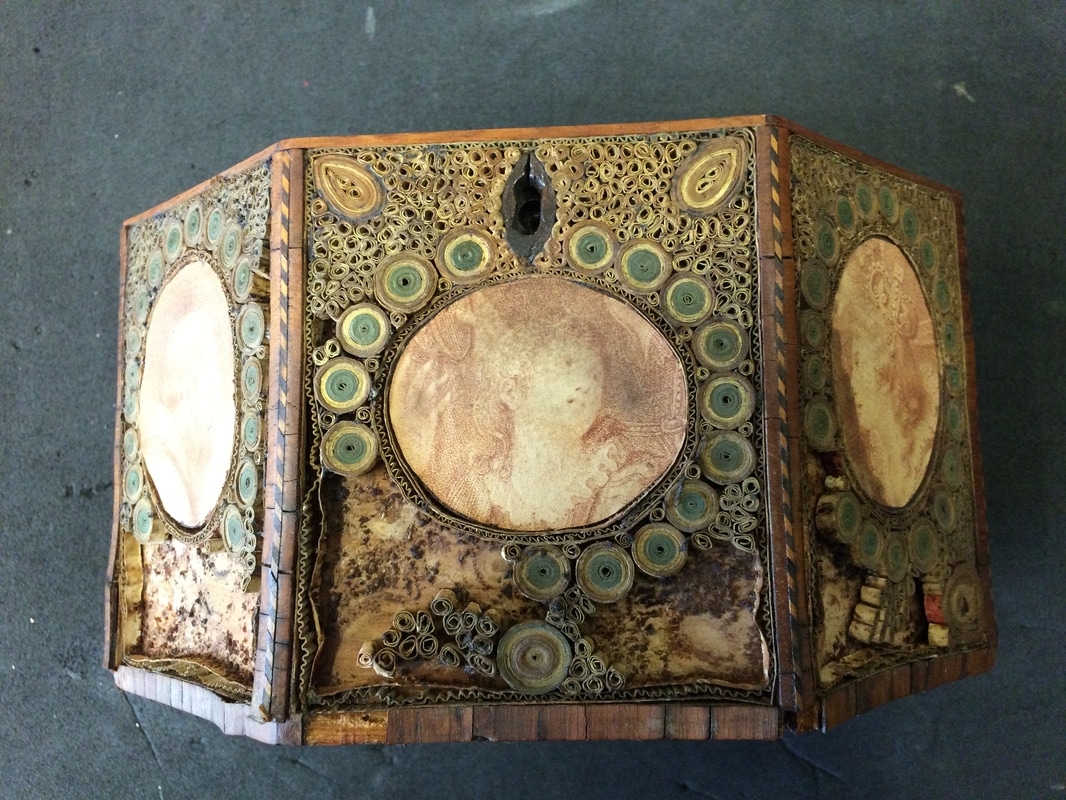 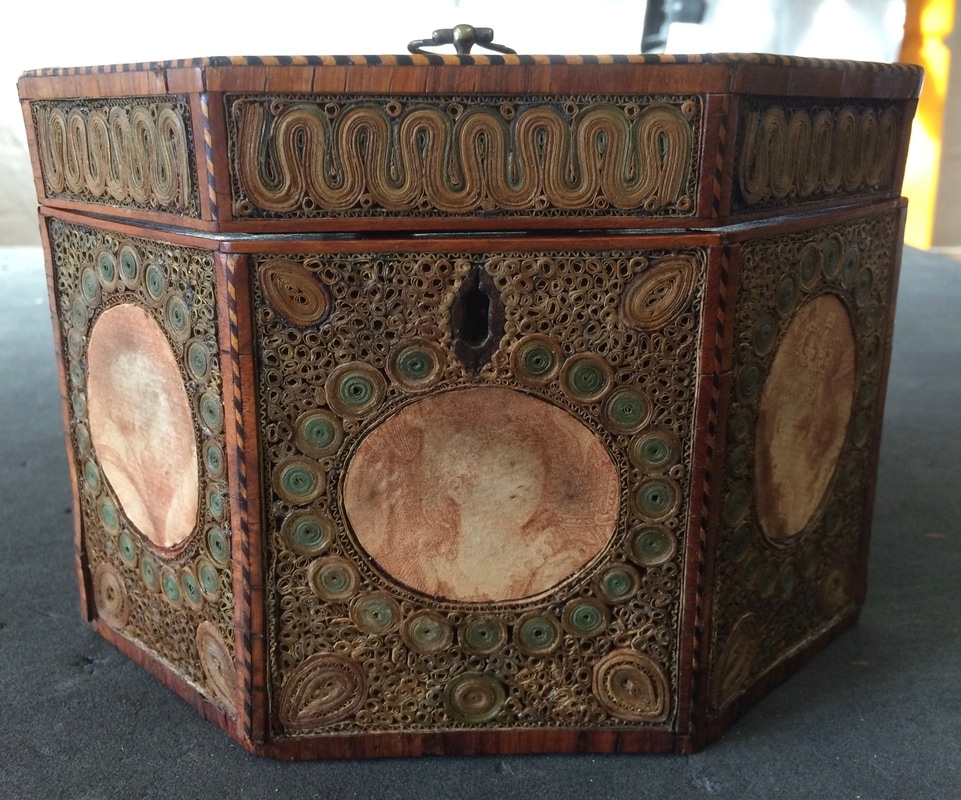 ​Paper and Gilt Oval Tea Caddy, late 18thC. This caddy had been badly discoloured by age, dirt and foxing.

Images show rear and lid before and after treatment