Alex Schouvaloff has undertaken a variety of projects to show japanning technique and materials including a display in the Dr. Susan Weber New Furniture Gallery at the Victoria and Albert Museum, a 'Touch Table' at the Hollytrees museum in Colchester and a set of panels for the Geffrye Museum.
This ca.1735 red japanned bureau cabinet forms the centrepiece of the V&A japanning display. The bird to the right of the second small drawer top left was used as the motif to show process.
Most japanning is black with gold decoration. The most common resin for japanning varnishes was shellac but for lighter and brighter colours sandarac was often used and, following scientific analysis, that was found to be the case here. The red itself is genuine vermillion, the prevalent red of the time.
​Shellac is derived from the excretion small beetle-like insects which is collected and refined for use. It forms the basis of French Polish found on furniture. The images below show the beetles (coccus lacca), the excretion and collectors of the resin in India.
​Sandarac however is a tree resin and produces a much clearer spirit varnish than one could produce with shellac in the eighteenth century:
To make the vermillion red more lustrous with added depth of colour it would have been common to apply a further layer of Dragon's Blood (a tree resin) or Carmine Lake (from cochineal beetles). Analysis showed the V&A cabinet to have carmine lake.
The panels below show, clockwise from left: 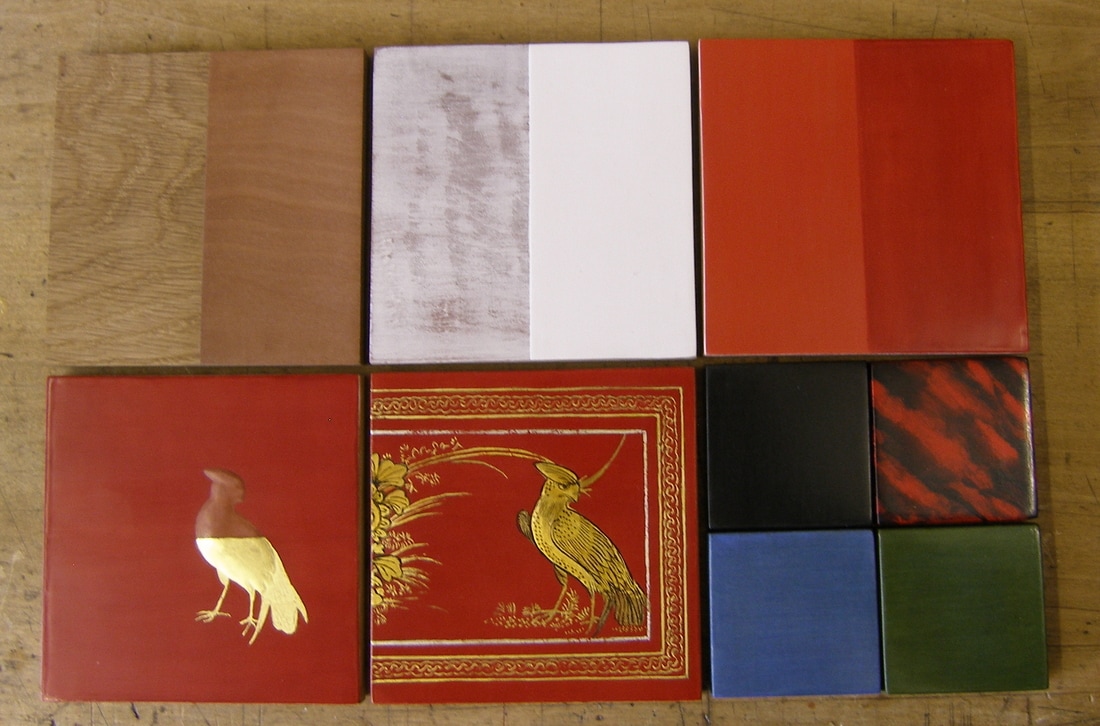 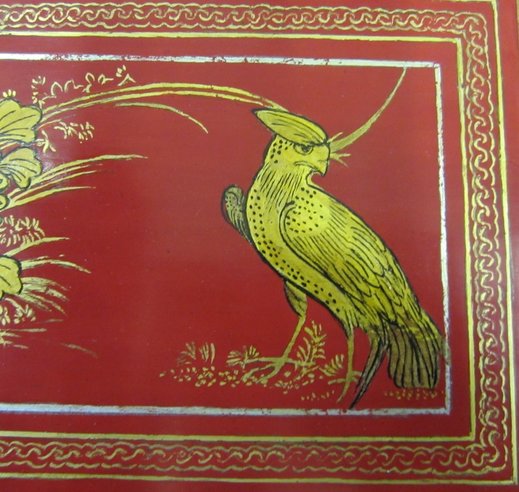 ​The Colchester Touch Table was designed to give people an idea of what raised japanning feels like as well as how it looks. It was also to help discourage visitors from stroking the genuine objects.
Green japanning usually started blue (using smalt, a cobalt blue glass ground fine for use as a pigment) which was then glazed in yellow (usually using orpiment, a rather poisonous arsenic sulphide) to produce the green.
The finished Touch Table.  From left to right: 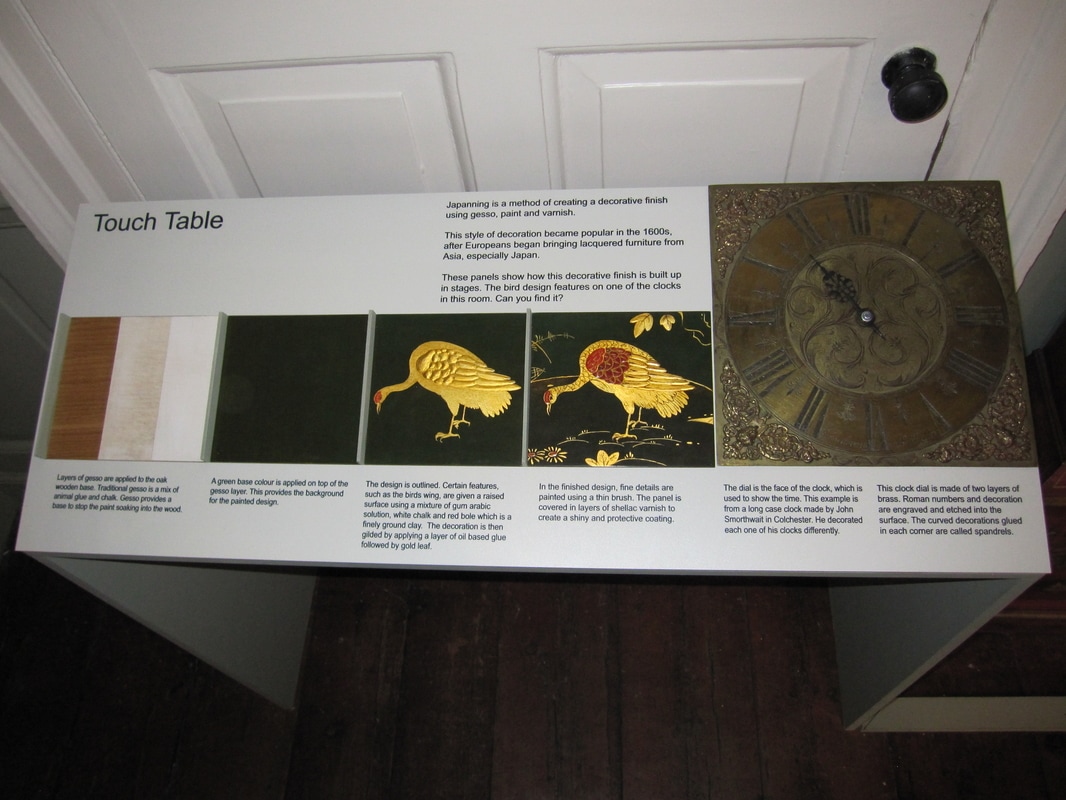