A monumental effort since it was filthy, damaged, with many elements brittle or missing. The ivory was laid on to copper foil then silver leaf which had oxidised badly and largely perished. After removal, cleaning and consolidation, it was decided to relay the ivory on to white gold for conservation reasons in an attempt to arrest significant further oxidation.

​This was a fascinating project that taught me a lot. It is certainly the case that cleaning and consolidation was required for conservation reasons but one can argue that the final result was less pleasing to the eye since the black/white contrast had been lost as a result of ivory cleaning and the removal of oxidised, blackened silver. In addition there was some green staining to ivory elements (apparent in the central panel below after treatment) from the silver oxidation products which were not apparent when it was covered in dirt but later proved impossible to remove without risking disintegration of the ivory. 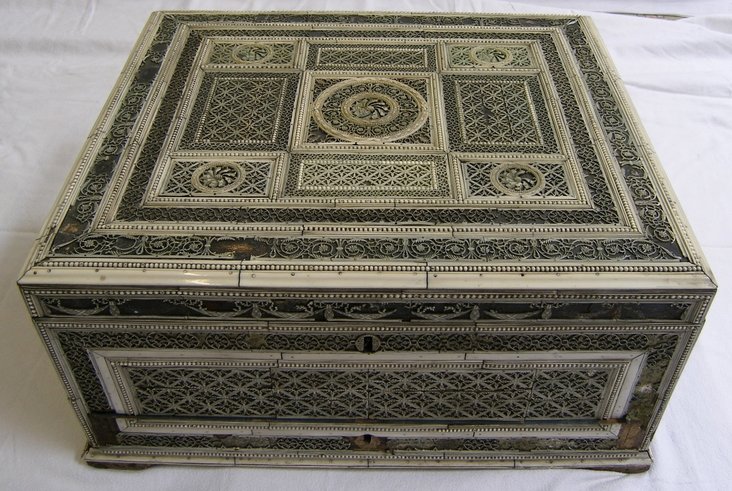 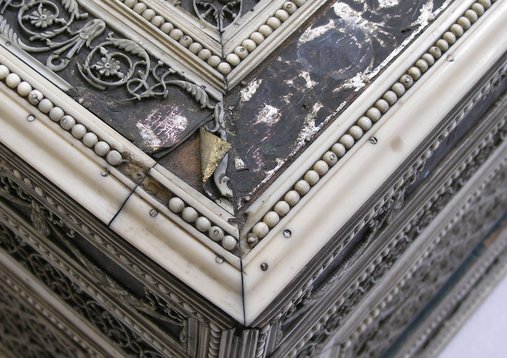 For cleaning and consolidation and to deal with the substrate, all ivory needed to be removed. The image below shows the lid decoration removed and part cleaned.

​Central lid panel and front before and after treatment: 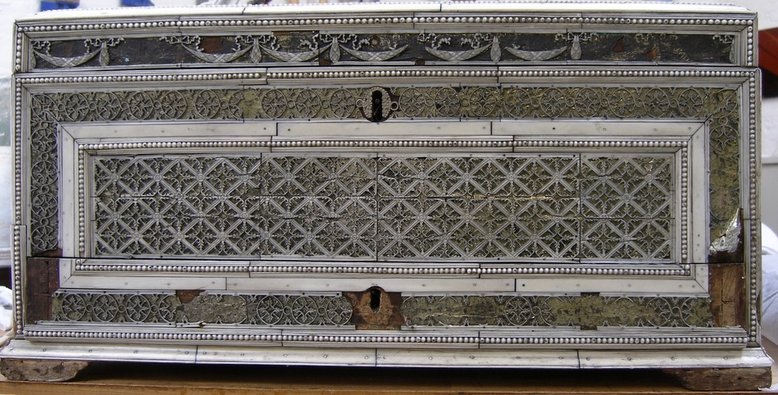 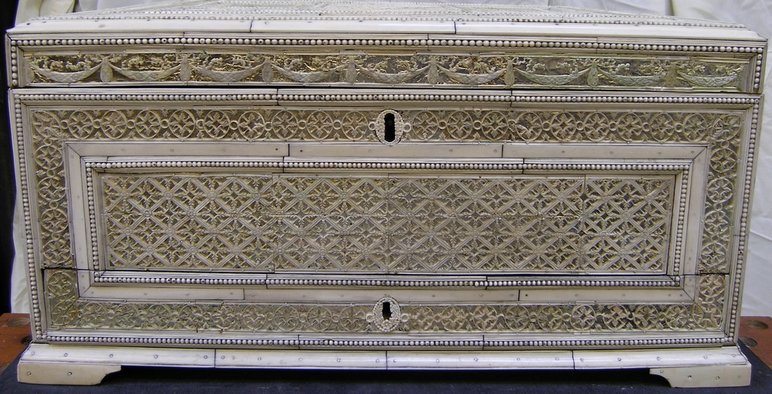 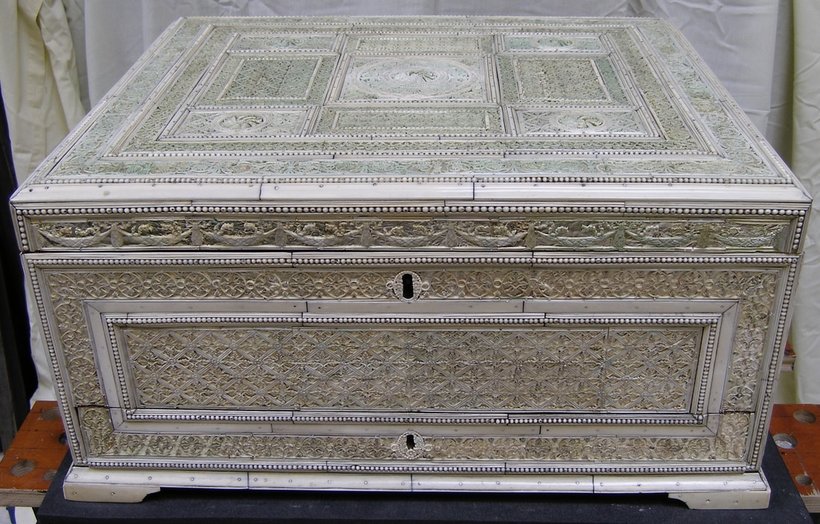