Previous over-aggressive cleaning had removed bluing and gold. Also, there was local corrosion and rust. 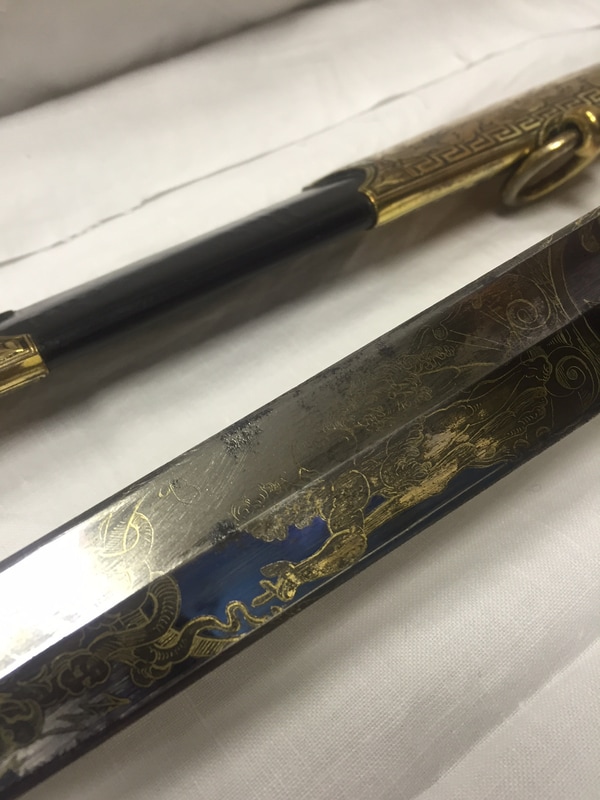 Originally the whole sword would have been heat treated and chemically dipped to produce the depth of blue and the lustre. Naturally, that could not be done as part of the restoration since all the gold and much of the engraving would have been lost. It was decided to apply local chemical treatments but these where only a partial success, turning the bright steel brown more than blue. A second treatment of oil based printing inks was then applied over the brown to achieve the correct blue but it was never quite possible to achieve the same lustre and gloss. Nonetheless, the blue did not look like an applied layer and the client, a private collector, was thrilled with the overall result (apologies for the quality of the final images).

This work was carried out with Christopher Browning, metals conservator and former colleague at London Metropolitan University 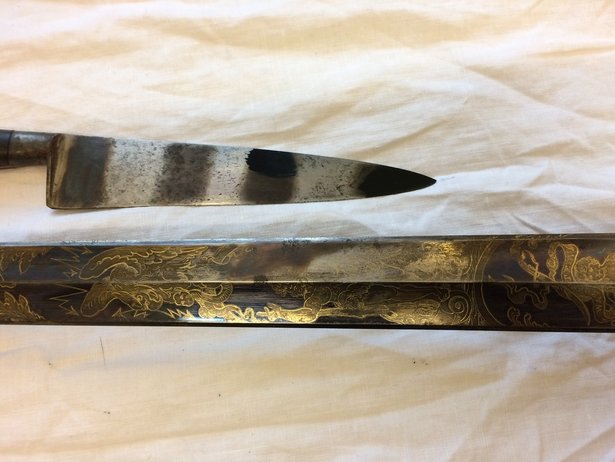 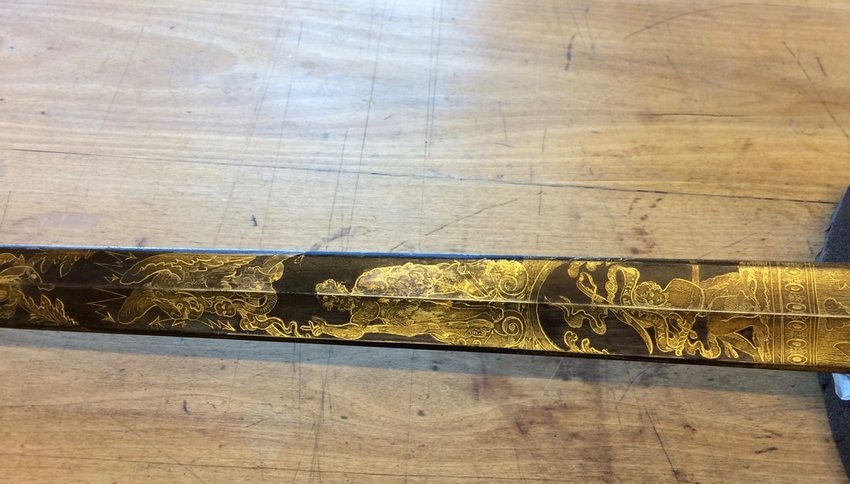 The following is a selection of arms and armour cleaned and part restored in preparation for an exhibition of Chinese arms and armour by the Royal Artillery Museum at Firepower in Woolwich
​
Field gun tripod, details of swivel field gun, finished gun

Pair of ceremonial dress swords in tortoiseshell scabbard (note the handles are 'halved' so the pair can fit in the scabbard)
​'Tiger' Shield, after cleaning and retouching small losses 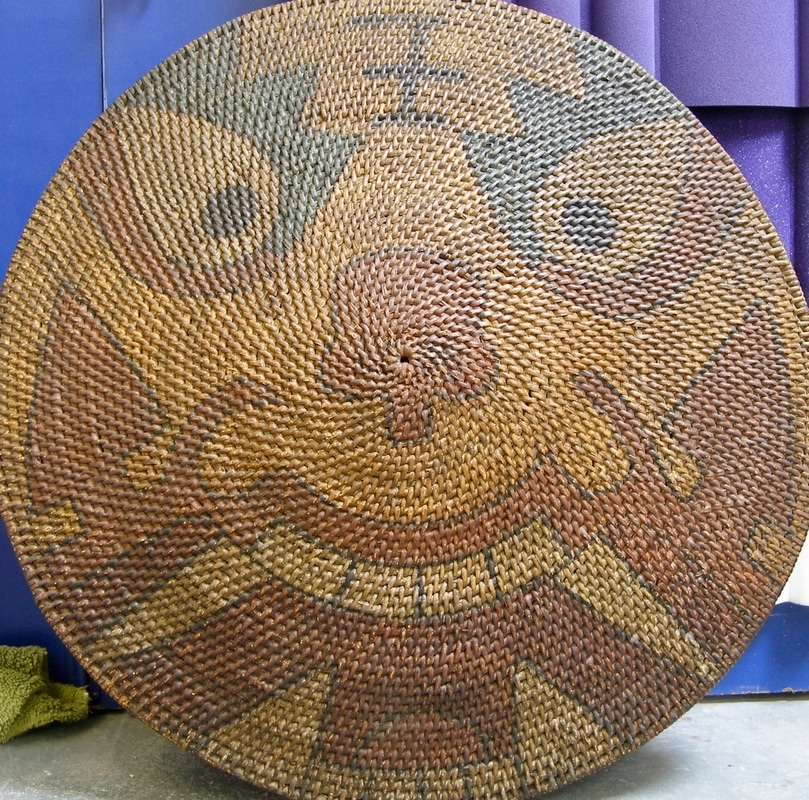